We’ve added a small selection of the results from the President’s challenge to our Stats & Charts page, but the number of compelling visualizations and the data collected on several levels is chilling. See more of the roundup below…

USA Today: Behind the Bloodshed – A Timeline of US Mass Killings | Source 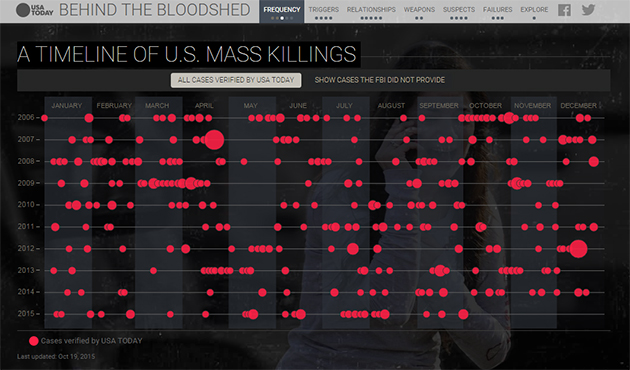 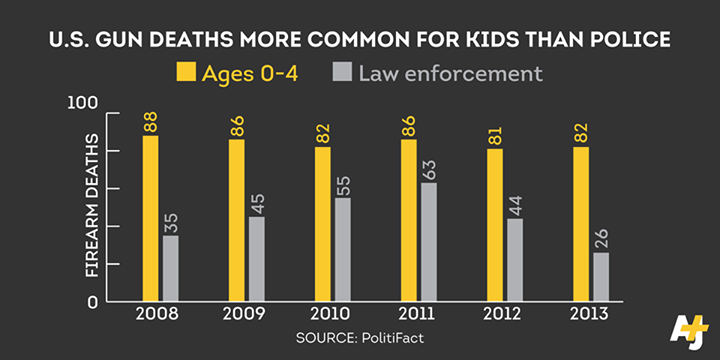 “In America, it’s more dangerous to be a little kid than a cop.” AJ+

“The States With The Most Gun Laws See The Fewest Gun-Related Deaths…
But there’s still little appetite to talk about more restrictions.” Libby Isenstein
View full chart of all states here

“The data compiled by the crowd-sourced site Mass Shooting Tracker reveals an even more shocking human toll: there is a mass shooting – defined as four or more people shot in one incident – nearly every day.” Guardian US Interactive Team

“The numbers come from 2013—the most recent year that data is available from the Centers for Disease Control and Prevention.”  Julia Lurie

To see more statistical data on gun-related crime in the US, visit our Stats & Charts.